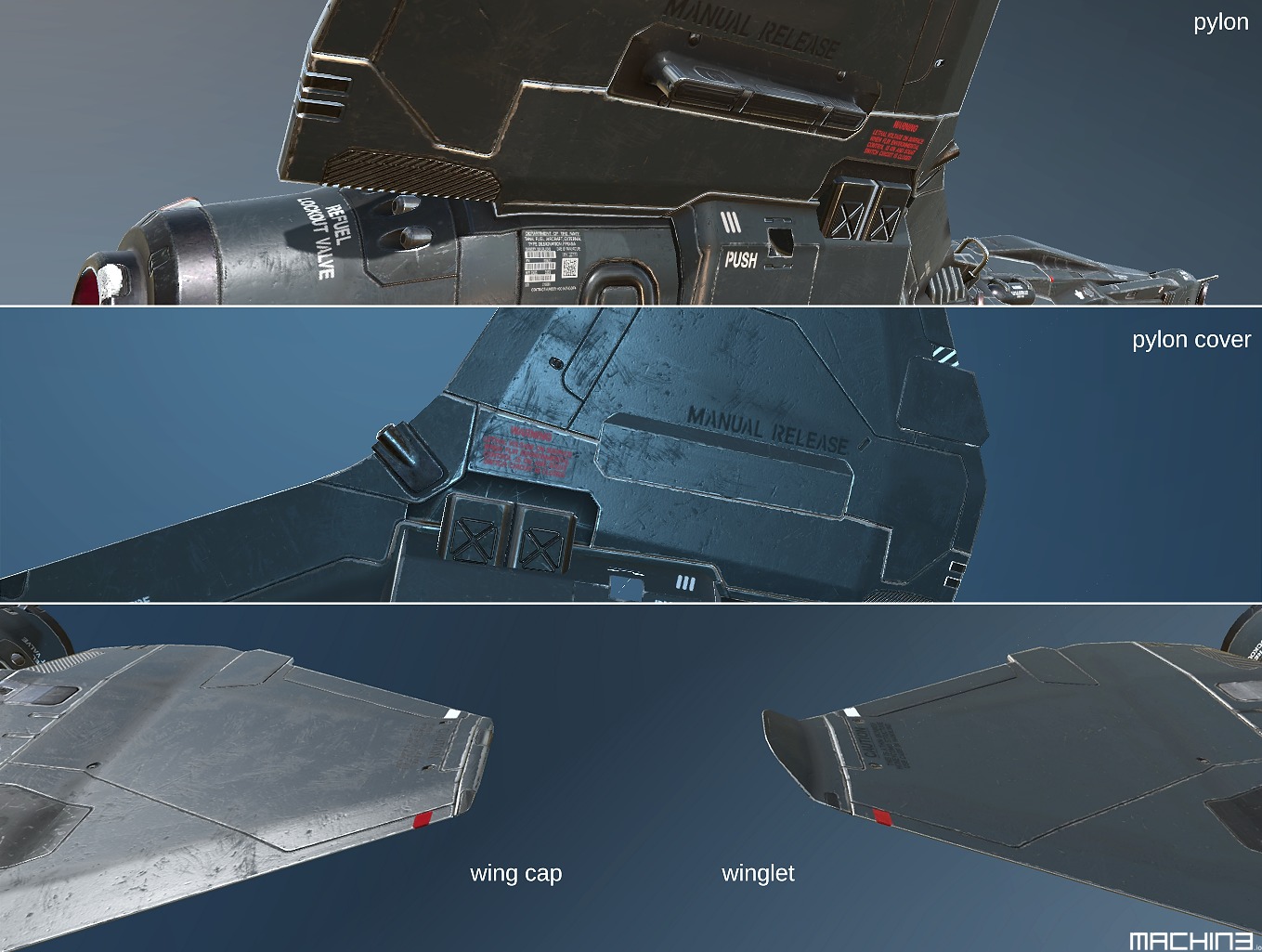 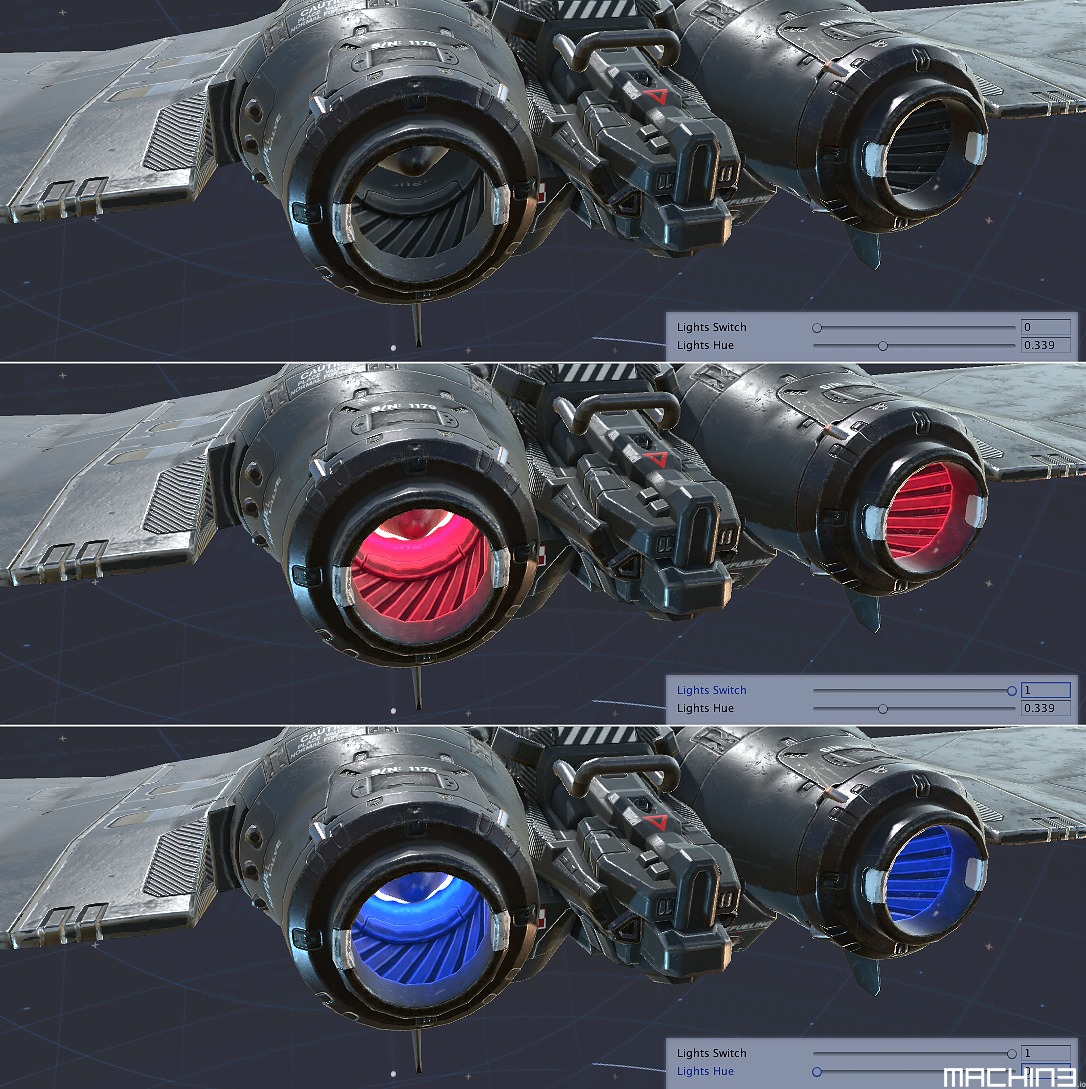 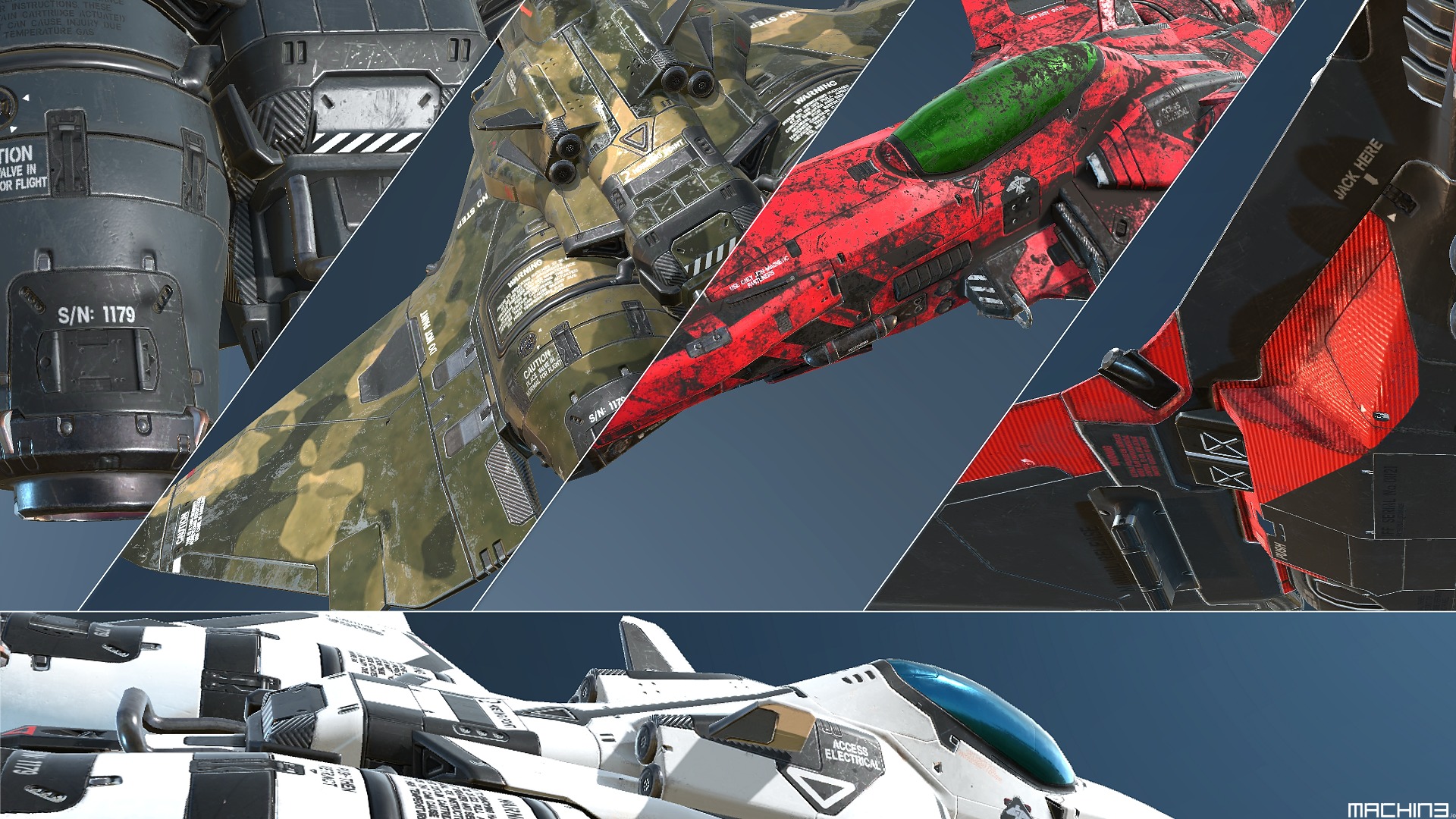 The Starfighter is a single-seat, multirole fighter, that excels at interception and escort missions. Advanced scouting and surveillance missions are possible, once outfitted with a probe in the designated socket in the fuselage.

Capable of space and atmospheric flight, combined with vertical take off and landing abilities on most terrain, makes the Starfighter an extremely versatile light-weight and high performance craft.

Both wings can be mounted with universal pylons and carry a variety of offensive and defensive weapons or equipment. (NOT supplied with this asset!)
Due to its folding wing configuration the Starfighter is suitable for carrier based operation with limited deck space.

The SF's cockpit doubles as an escape pod and life boat. In case of emergency, it detaches completely and will be ejected from the rest of the ship. Being maneuverable on its own, the pod can be piloted using the same interface used for the Starfighter.

This asset is quite detailed and created with an eye towards current and next-generation needs in the gaming, VR and real-time film spaces.

While not specifically advertised as a modular asset, the Starfighter is built from and provided as 10 basic parts:

Note, that for this asset many of the actual meshes have been kept separate, the above list entries, henceforth called "parts", represent the hierarchical structure and simplify managing the objects.
Each of these 10 parts has its own texture-set and material.

Having the asset structured like this, allows you to not render parts you don't need. This saves texture memory and avoids rendering unnecessary polygons.
For instance, you likely won't need the interior parts in normal flight mode, but you will need some if you fold out the landing gears. Or alternatively, in a hangar-like scenario, you might choose to show the Starfighter in various states of disassembly - without the wings for instance.

In short, it's giving you the flexibility to get more out of the asset.

For us it means, we can maintain a high quality across the asset and opens up the possibility of future extension.
In case you would be interested in extensions to this asset of any kind, we welcome your input and suggestions either via email.

The Starfighter comes with a variety of animation clips, most importantly the landing gear fold, landing gear dampening and wing folds. Furthermore, there are animations for wing flaps and fins, for escape pod elevators and rudder and finally for the escape pod release and probe release mechanisms.

An animation controller sets up the animations and transitions using multiple layers. In cases where it applies, animations can be played as a unit or individually. For instance, the landing gear animation is masked accordingly, so you can only lower the front gear, or only the main left gear, etc instead of all of them at the same time.

All materials are utilizing PBR.